David Kirkland is the most widely published tourism photographer in the South Pacific region. Commissions have also  taken him to the Middle East and the African continent.

His work can be viewed on his web site at www.kirklandphotos.com.

David specialises in capturing memorable promotional photographs for national tourism authorities and producing world-class images for resorts and cruise operators. As he says, he is a tourism photographer, so he’s primary focus is on delivering promotional photographs that stand out in a competitive international marketplace and convey the marketing messages his clients are seeking to project.

David became a professional tourism photographer in 2000 after more than a decade of managing tourism authorities in Australia. His earlier background was in journalism, public relations and marketing.

His photographs circulate the globe. David has written and photographed 16 books, and he owns www.davidkirklandphotography.com - the largest commercial On-Line Photo Library dedicated specifically to the South Pacific. His company - Frontier Publications - produces high quality souvenir publications on the countries he photographs, and he is a frequent contributor of articles and photographs to travel magazines and newspapers around the world.

“Tourism photography is different to travel photography in that it looks to deliver high quality photographs that convey a particular marketing message to strengthen the appeal of a destination to its primary audience.”

Previews of photographs captured during David’s most recent assignments can be viewed on his blog at www.kirklandphotosblog.comor on his Instagram feed at Instagram.com/davidkirklandphotosgraphy.

To preview some of his personal work that focuses on disapppearing indigenous culture in the South Pacific, visit his Limited Edition Gallery of this Photo Library.

David's work takes him away for up to eight months a year. Otherwise, he is based in Brisbane, Australia where finding the time to complete the renovations of his home continues to elude him.

Should you wish to contact David, please send an email to david@kirklandphotos.com. 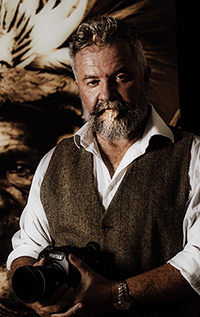